Why you should STILL marry her 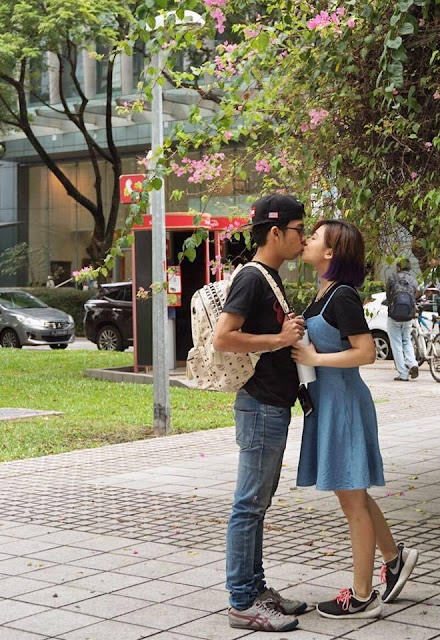 Nowadays you may no longer see the need for marriage. People around you seems to be acceptive to the ideology of having no need to have a piece of paper to signify commitment or to bind the other person down: legally.

However, you still need to marry her.


1.  Marriage is a personal recognition

You get married to each other to recognise the effort and love put into the relationship. Everyone wants personal recognition. What is the best gift for the other person? Time? Effort? Gifts? Not really, its yourself. Marriage is an act of giving your life (but might not fully mean ownership) to the other party. So recognise him/her. Stop procrastinating, start appreciating.

2. Marriage is a symbol for a stable future

That ring on your ring finger and that marriage certification give status and rights to own a property together, have kids together and do all sorts of things as a couple. It gives you a tangible future. True that married couples may cheat, but at least, your future and your present is palpable and once tangible. So its a first step of transforming words into action.

3. Marriage is about creating a family

Why would you want to have kids that cant be registered as your child formally? Marriage is about being happy about what is coming about in the future and anticipating exciting changes into your new family. Living with your parents is like living in the home they created, and marriage is start for you to create your own home and become the owner of your new family.

Marriage is a union of both your past, present and future. A union of your family ties and relationships. Its a lie when people say its for two people. In a normal family, a girl would still long for her parents despite being married to you. Please do not think that marriage is ownership over her life and now she fully belongs to you, it is not true. She is still a daughter, a granddaughter and/or a cousin. It is basic respect as her husband to love her family as part of her. Marriage is union between your family and hers, your life and hers.

5. Marriage is official and public

Official recognition and public recognition is important. Just ask yourself why the LGBT community have been struggling for such a long time just to fight for the rights to start a family and for ther marriage to be recognised. They have spent so much of their time dating in the closet and now they just want to love outrightly. You guys have been given this rights to marry and love outrightly from the beginning of time, so why are you hesitating? Attached girls, why are you so afraid to get married? Ask yourself whether you are giving yourself too much time?


For those who are waiting for the other party to propose or say yes... ask yourself if your self-sacrifice is worthwhile.


Thats all. Food for thought.
Written by Kiyomi Lim at 16:19