Here to do a random update.
I'm actually owing tons of posts to people, so I really need to do their post before doing some personal ones.
However, I haven't switched on my computer for days to upload pictures for those posts yet, though the drafts are done.

I'm doing this post not because posting up nonsense is my priority
but because I'm now using my boyfriend's computer & my picture's aren't here!
The pictures for this post is all from my handphone's camera.

I haven't been updating this space much and
I think it's not fair to people who are viewing my blog once in a while, am I right?

So here I am to post about my trip to Malaysia, Johor Bahru, KSL and City Square Mall. 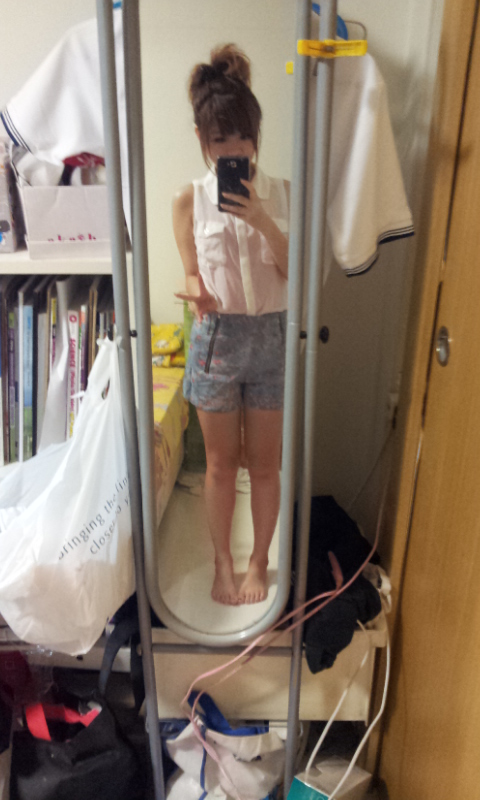 I woke up with the worst gastric I ever had in my life on the day of my trip. I wasn't able to move much thanks to their excruciating pain from my stomach. I was stupid enough to pick up an apple beside me and munch on it thinking that it would have made me felt better but, which instead, made my gastric worst as apples are acidic. So the thing that saved me from the need of visiting a hospital was my aunt's classic tin of biscuits. I then stuffs 2 pieces of those into my mouth & forced myself to get out of bed then prepare for my trip with my boyfriend!


After my shower, I felt so much better and decided to dress-up to my best for my date with my boyfriend. *When boyfriend saw me, he couldn't help it but laughed at me. Once he stopped laughing, he said "pineapple head", pointing to my hair. I totally gave him the "-_____-" face. LOL.

Though I was still kind of weak, much thanks to my gastric, I made my way to meet my boyfriend. Then we went to take a bus to our destination, Johor Bahru.
Going to Malaysia, JB(Johor Bahru) from Singapore was just like going downtown. All we had to do was tap our passports and proceed to get a stamp on it from the officers, walk down the steps and we're in JB already. 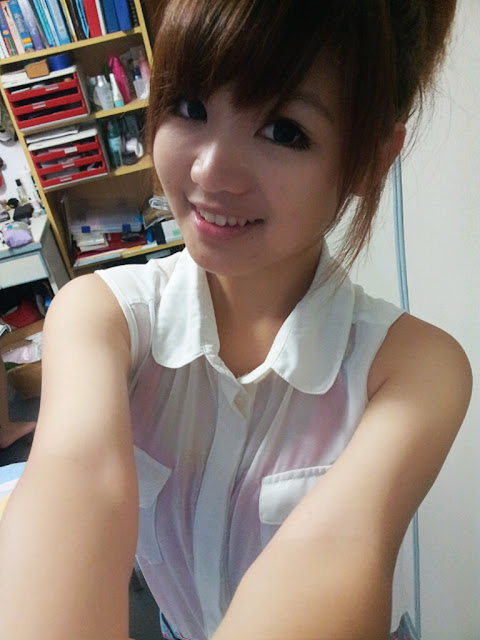 Boyfriend suggested to visit the Portuguese Chicken Stall in City Square Mall for their awesome egg tarts!
After having the egg tarts, we proceeded to the bus intercharge to take a taxi~
Taxi fare was RM9.50 to KSL from City Square Mall and the driver was friendly.

Upon reaching KSL, we went up to level 2 and I started my "shopping spree". Not only did I shop for apparels, I bought lots of junk food to try too.
They had awesomely crispy cone pizzas at only RM6.90, super delicious 'Takoyaki's at RM3.90 and mouth-watering dessert crepes at RM4.50!

Here's a picture on the chocolate banana crepe! > < It was bigger than my 'already-huge' face! 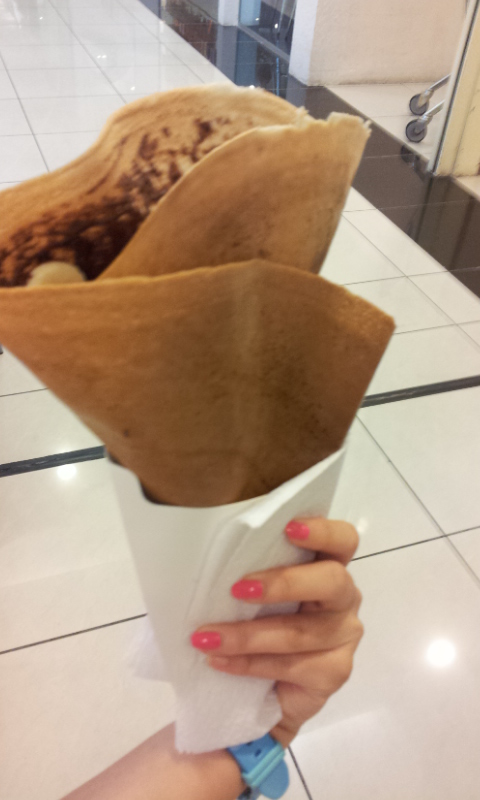 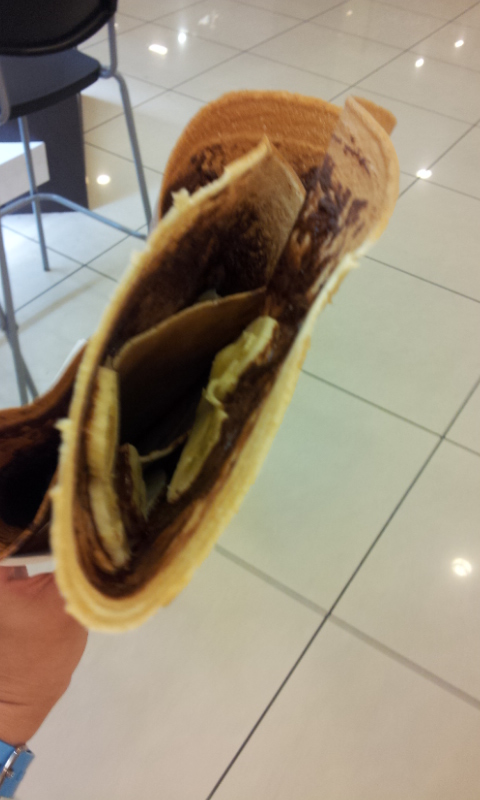 After searching for these 'loose foods', we went on to do some shopping till we finally felt hungry.
They had these RM30 contact lenses for sale everywhere but it didn't look safe, so I didn't purchase any.

We saw this shabu-shabu restaurant and randomly went in.
Their prices were shockingly low for such ambiance their restaurant provided.
Their food quality was high and portion was humongous. 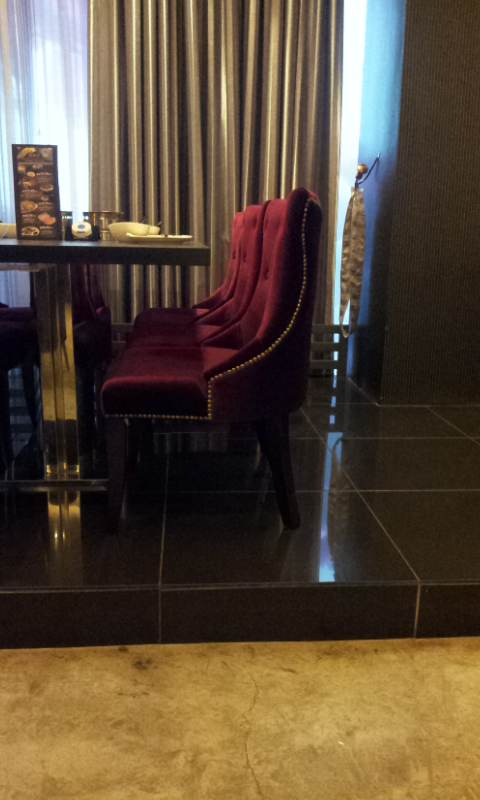 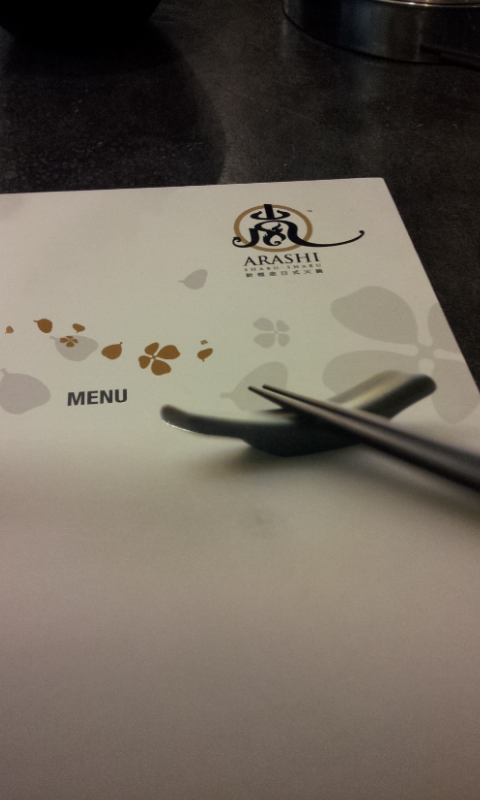 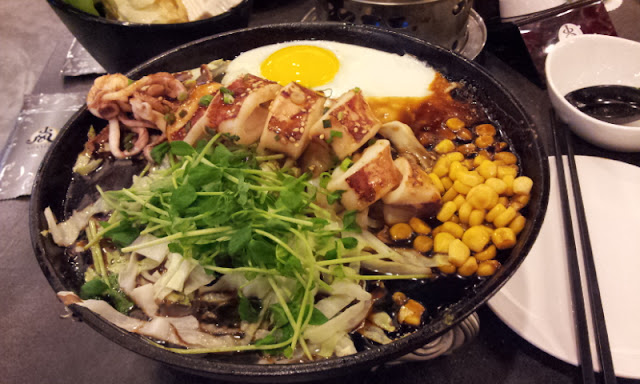 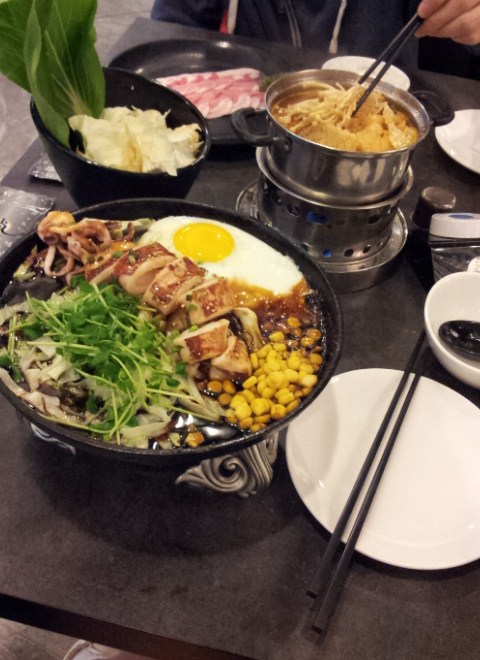 We then continued walking around and bought some gifts for boyfriend's cousin!
& that marks the end of our trip to JB~
The taxi fare back to City Square Mall was RM7 only~ 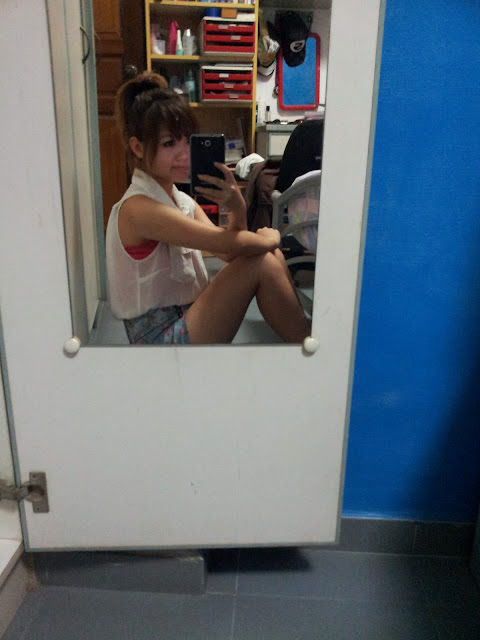 Byebye Busy-sweeties! See you all back here soon!
Do follow me on other platforms to see much more short updates I have so as to keep updated~
Written by Kiyomi Lim at 15:22