If you're on google and searching on USS/ Universal Studios Singapore, that's why you stopped by here, I guess it's a little off what you're looking for.

Well~ If you want to read my unforgettable memories, go on, if not, close this page and go else where. 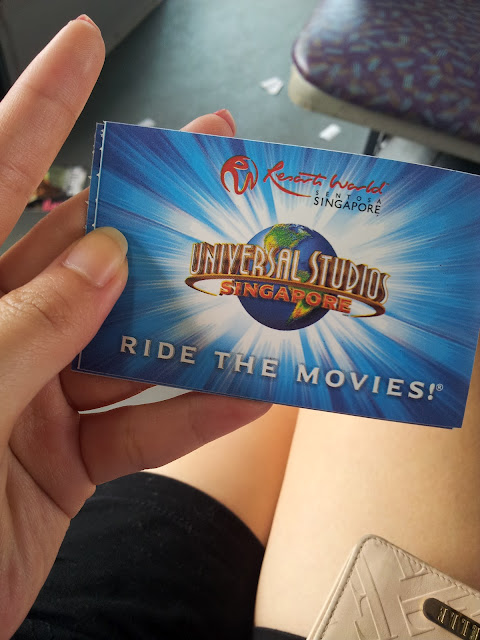 Just some general information beforehand (if you need it),


How to get to USS/ Universal Studios Singapore?
- Through Vivo City's Sentosa Station and stop 1 stop after!
- Through bus, it is on the right once you get out from the train station, it's $2 through ez-link card/ coins (:
*The bus stop is just beside our ordinary bustop.

Ticket price?
- SGD74
If you're looking for cheaper tickets, you can look for this guy on twitter : @NgWeiYuan, he can get them for you at a lower rate, you will have to direct message him.
*Disclaimer: He might stop selling anytime, I'm not sure if he'll always be selling so try your luck!

What is not-to-be-missed?
In my own opinion, Transformers the ride & Turkey leg. 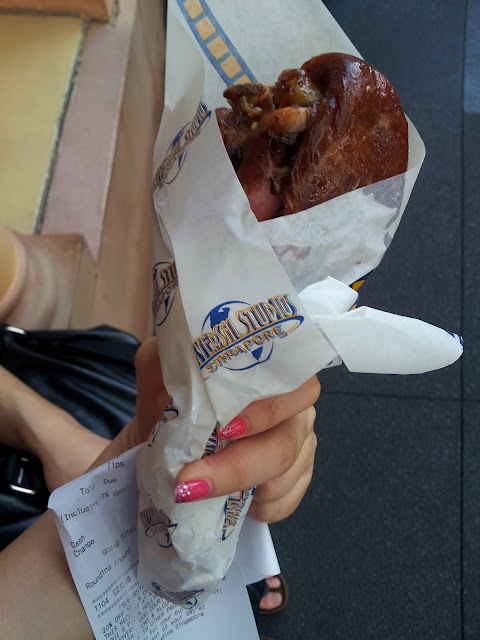 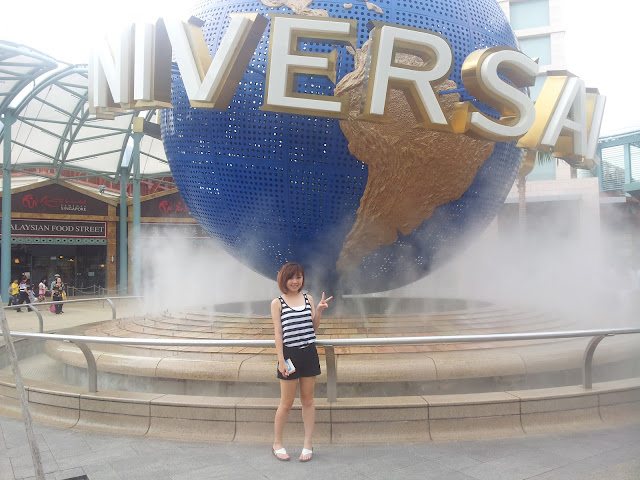 You might not understand how much this means to me, yes, it means a lot and a lot.

Boyfriend brought me to USS on Monday and we had lots of fun.
We played the roller coasters and sat many other boring rides, it may seem redundant but it meant a lot to me. This is a memory i dont want to forget.

I remember right after boyfriend and I sat on the red 'human' ride on the battle star galatica, we held our hands togther and i asked him, "why arent we going to get our things from the locker?". Boyfriend said, "what for? Later la~".

I happily walked beside him then to realise, we were walking towards the 'cyclon' ride of the battle star galatica ride. I was shocked after noticing that and asked him why are we going towards that ride right after the 'human' ride. He said that he wanted to try. So i agreed.

We walked up and joined the queue. I definitely wanted to back out.
My heart was racing as if it is on a mission to thrust itself out from my chest.

I, then, told boyfriend that i might cry. He showed a disappointed face, so i dare not bring it up again.
*because I didn't wanted to be a party popper!

When it was finally our turn to get on to the seats, i could no longer take it, i climb up the seat then asked the lady-in-charge if i could back out. She told me "pull down the belt".
*Yeah, she meant that belt above us that will secure us during the ride.

She then pulled it down for me , then i heard the announcement for the commencing of the ride.
I held on tightly to the belt, shut my eyes for the whole ride. During the ride, when everyone was screaming, boyfriend was speaking loudly to my ears asking if I was alright.
I finally braved the ride, much thanks to my boyfriend.

After the ride, i asked boyfriend if the ride was fun, he said yes. Yet during the ride, he spent most his time looking at me, instead, and on checking me out on whether i was alright, and if i cried.

Other than that, he's usually someone who hates boring and 'useless' rides/ things he considered 'extra'.
I randomly suggested to ride on the 'party-go-round' on the madagascar. He actually AGREED!
*Its like a merry go round, just like those that you sit on the unicorns that goes up, down and round.

He agreed and wasn't reluctant, I was having lots of fun and laughing at how hideous he looked on the ride for such a guy like him to be holding on to a pole and sitting on a cartoon character.
He made fun of me as well and we laughed like crazy! He was mentioning that I was childish as everyone around us was either 4y/o or parents that were looking after the 4y/os. Hahaha.

Boyfriend then accompanied me to other rides and we had lots of fun and went back to get the turkey leg 45mins later. He even took note of the time for me.

Best thing? He havent slept the previous night and stayed awake and 'energetic' just for me.
Just to make me happy. 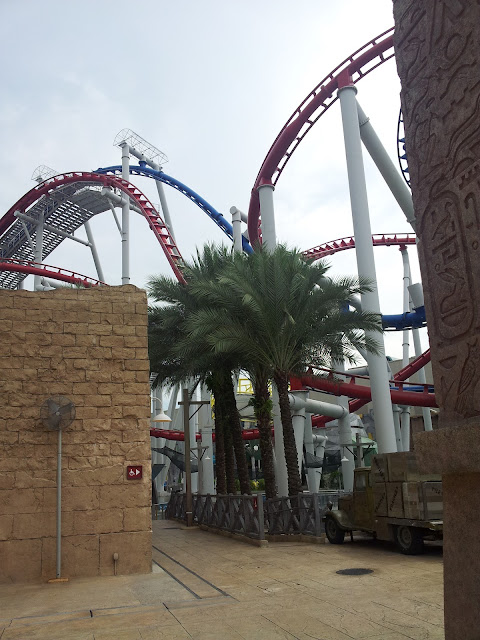 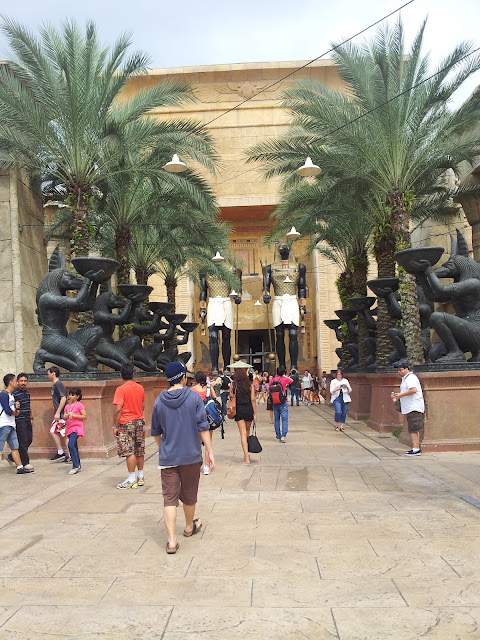 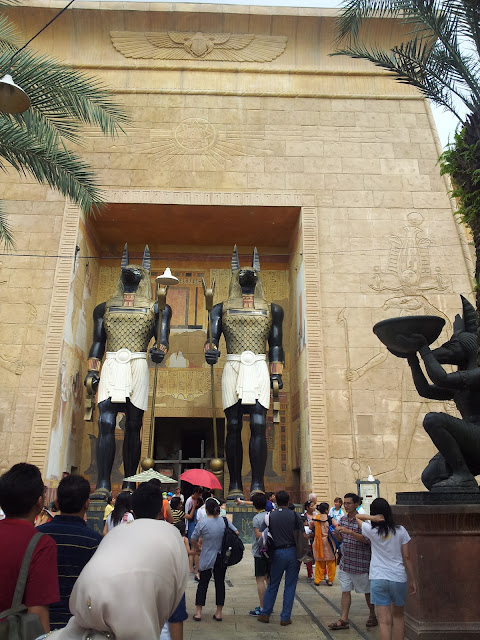 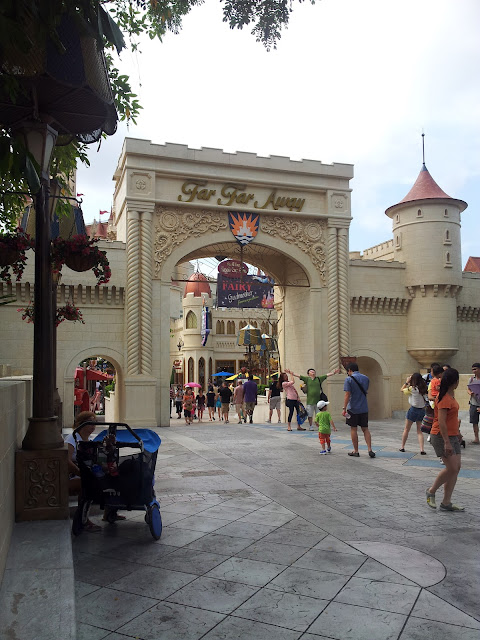 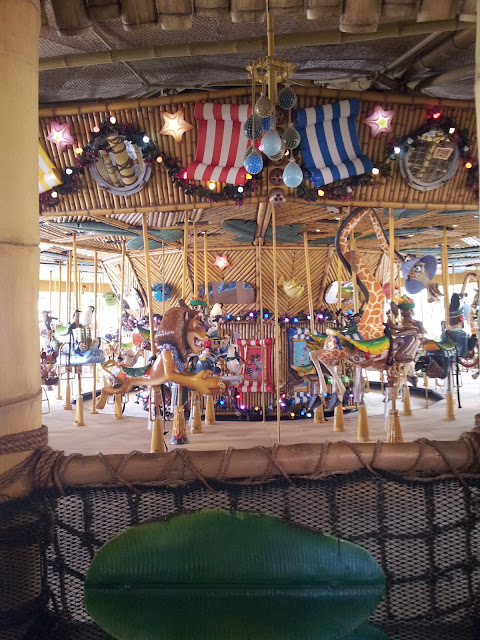 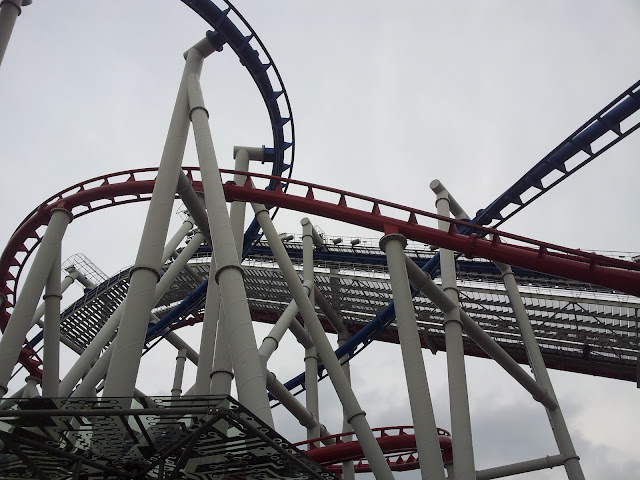 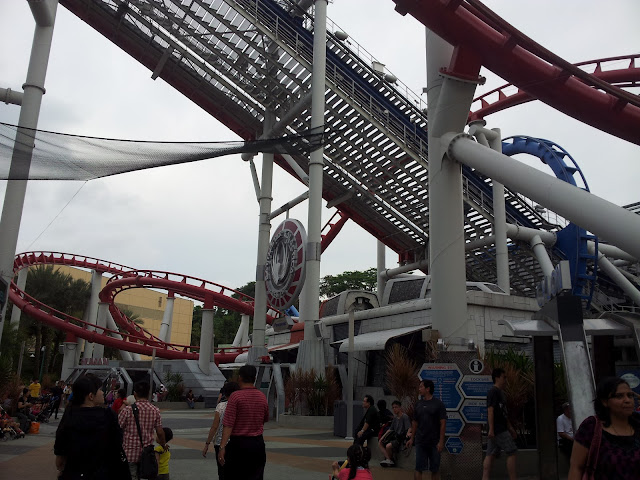 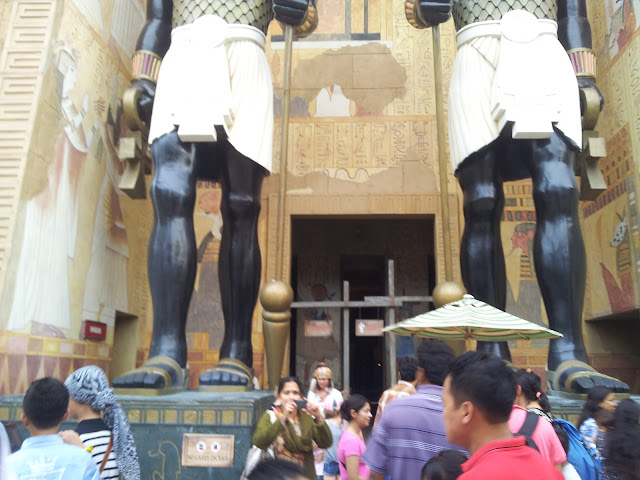 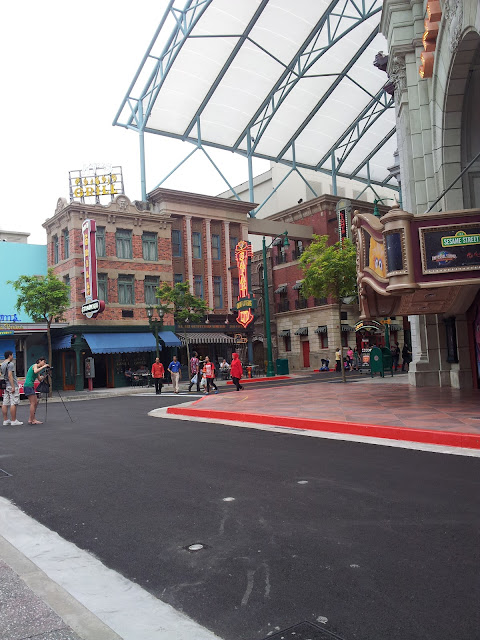 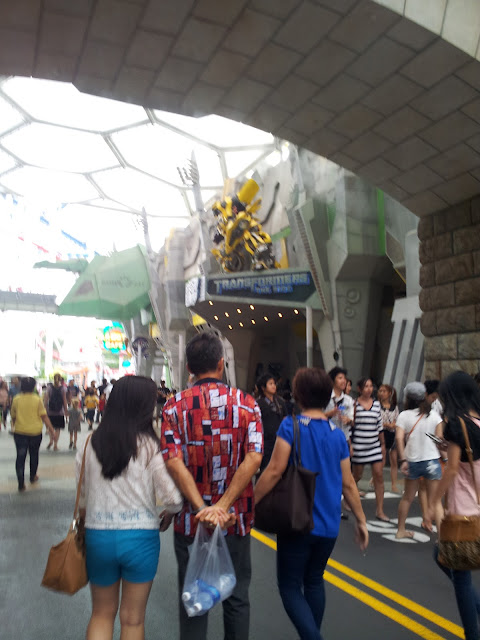 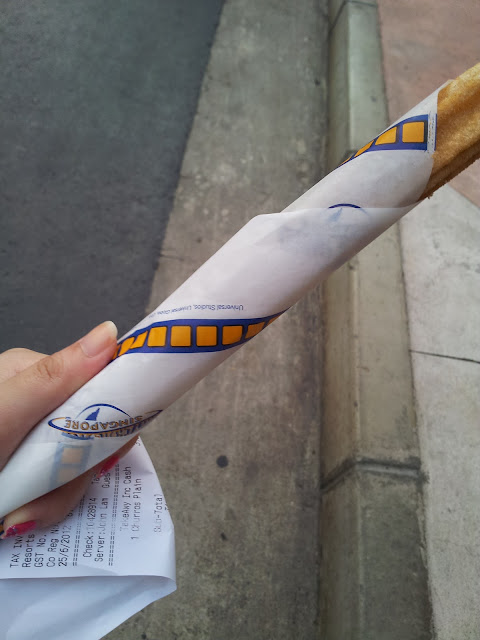